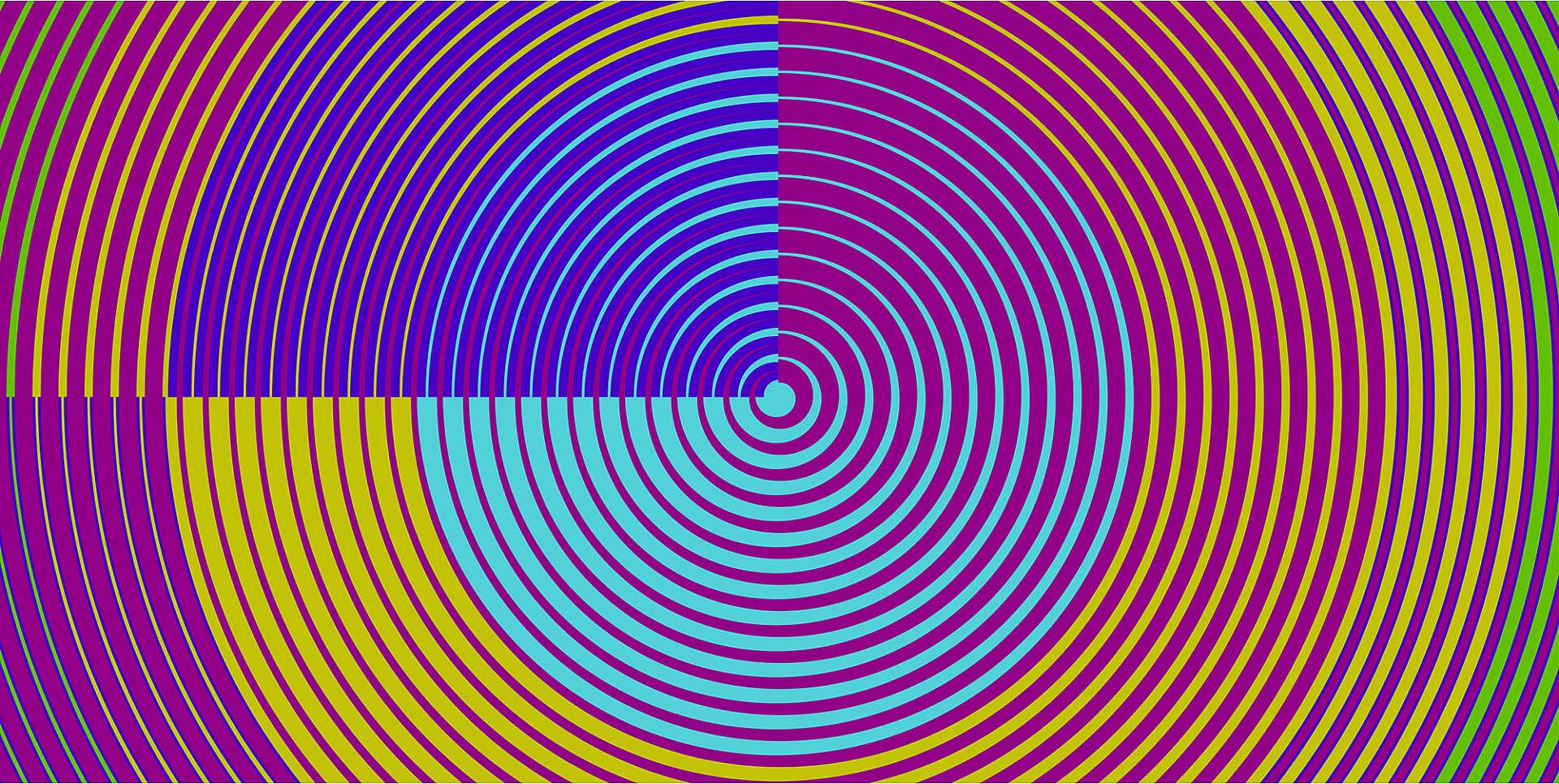 During his career as a banknote designer and artist, Carlos Almenar Diaz discovered that the observer’s visual attention instinctively focuses on the colour components. This phenomenon allows us to pause for a fraction of second to then be transported in an imaginary universe. The combination of colour and visual rhythm triggers our minds with inexplicable reactions and emotions.

Visual rhythm is a dynamic element, which is related to temporality in the perception of an image. It is a harmonious succession of the intervening space. Any kind of succession generates a trajectory that organises the surface and makes the composition be perceived as dynamic feeling.

Carlos’s represents in his artworks an investigation between chromatics and the integration between linear patterns, based on different composition techniques where carlos has developed the series: linear rhythmic, concentric circular rhythmic and aurora rhythmic. The result is given where the colour appears and fades to another colour through the visual rhythm. This creates an optical illusion in which everything static becomes a movement in which colours that do not exist in the composition can appear.

The style of visual art in which works are investigated and depicted with the use of optical illusions is called Op-art. They usually cause the viewer the impression of movement, of the existence of hidden or non-existent images or colours.

In Op-art works, the viewer actively participates by moving or shifting in order to capture the optical effect completely, and so combinations or repetitions of shapes and patterns are seen.

“The combination of colour and visual rhythm triggers our minds with inexplicable reactions and emotions.”

Since the second world war, a new generation of artists appeared who investigated abstractionism and optical visual effects with the main foundation that the viewer has active participation in the artwork.